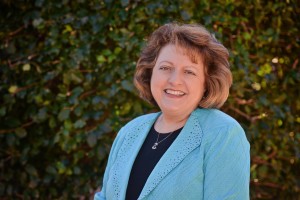 Irene began her practice in 1983 in Texas with a focus on maritime law. Collisions at sea, salvage and Jones Act cases were wonderful to study, but not as interesting in real practice. Like a strong current, her deep family roots moved her back to her native state of Florida where she worked in a small civil law firm and volunteered to help a beloved colleague with her adoption caseload. After training Irene to respect the strength of birth mothers, attorney Linda Hochberg bequeathed her adoption practice to Irene.

In 1986, Irene founded the Law Firm of Irene Arfaras, P.A. The Florida Supreme Court then granted Irene permission to change her name to Steffas (her husband’s surname) and so her business also changed its name. Practicing law in the Greek community of Tarpon Springs, Irene had direct contact with many immigrants and therefore decided to immerse herself in this area of the law to assist the people in her community. Irene also gained an interest for the growing field of assisted reproduction technologies and worked on her first surrogacy case in 1992. The Law Firm of Irene Steffas, P.C. now specializes in all three fields of practice: adoption, immigration and assisted reproduction technologies.

In 1993, Irene and her husband moved to Georgia, and embarked in their own journey through adoption, applying the advice that Irene had so often given to her clients. The open adoption process, communications with birth parents and reunion meetings are not abstract concepts to Irene but are real life lessons that Irene and her family have joyously experienced. Irene then gave birth to her youngest child.

During the following years, Irene researched issues present in intercountry adoptions and wrote numerous articles on the topic. By the late 1990’s Irene had distinguished herself as an expert in the area of intercountry adoptions by speaking at national conventions for the American Academy of Adoption Attorneys (AAAA), the American Immigration Lawyers Associations (AILA) and state Continued Legal Education (CLE) seminars. Irene has also committed herself to assisting children in foster care who do not have legal immigrant status in the United States. Among other notable accomplishments, Irene participated in INS’s First Children’s Conference in 2000 (Irene was the only non-government attorney to participate in the conference). She has also been serving the US State Department, Bureau of International Information Program as a good will ambassador in such countries as Spain, Armenia, Kazakhstan and Ukraine. Adoption agencies continue to seek Irene’s advice and assistance as they process visas for adopted children through the US Embassies, while foreign courts refer to Irene’s expertise as they request Legal Opinions on the rights of adopted children in the United States.

Irene, her husband and two children are members of Holy Transfiguration Greek Orthodox Church where the boys keep the family tradition by dancing at the Marietta Greek Festival. Languages: English & Greek.

Irene Steffas Attorney at Law & Approved Lady. Intercountry Adoption Accreditation and Maintenance Entity, Inc. (IAAME) has approved extension to her Law Office as an Approved Person to act as a Primary Provider.